Texas Penal Code Chapter 36 covers bribery and corrupt influence offenses, which includes everything from offering a police officer money to let you go after being arrested to threatening a witness if they testify against you. A bribery or corruption conviction can result in punishments ranging from class A misdemeanors to second degree felonies.

Bribery and Corruption Offenses Include…

Bribery: When a person intentionally or knowingly offers a benefit–including money–to a public servant in exchange for their violation of duty or their exercise of particular discretion. This type of violation is a second degree felony.

Coercion of Public Servant or Voter: If a person threatens a public servant or voter in an attempt to get them to violate a legal duty or to vote a certain way. This is a class A misdemeanor (unless the coercion is a threat to commit a felony, which makes it a third degree felony).

Improper Influence: Improper influence occurs when a person privately communicates with a judge or person conducting an administrative hearing with the intent to influence the outcome of the hearing. Punishment is a class A misdemeanor.

Tampering with a Witness: When a person offers or agrees to pay a benefit for a witness to testify falsely, fail to appear in court, or to drop charges against another. It is generally a third degree felony, but if the tampering occurs in the prosecution of a criminal case, the crime is the same level as the crime being prosecuted.

It is possible to be charged for bribery when you have taken no illegal actions. In viewing your case and all details involved, will be able to determine if your situation can be defended by one of the following…

The news media will generally devote a lot of coverage to anyone arrested or charged with bribery or corruption since the allegation involves attempting to buy off or threaten a public servant. Prosecutors, judges, and juries cast a harsh eye toward this kind of conduct, and it is imperative that you seek an attorney who has quality experience in the criminal courts to defend against bribery and corrupt influence charges. 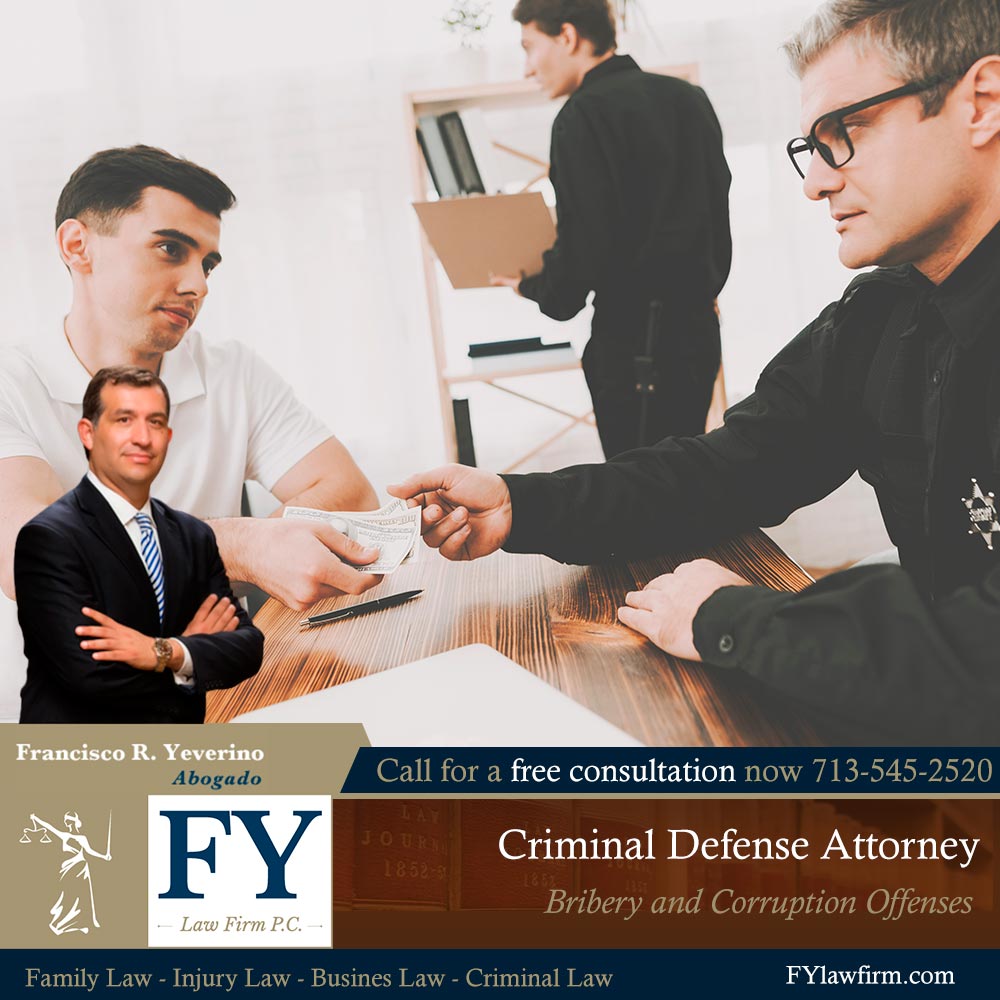