Crimes are classified as either misdemeanors or a felonies, depending on the severity. A misdemeanor is the lesser of the two distinctions. In general, punishment for a misdemeanor consists of a fine, up to one year in jail, probation, court supervision, community service, or some combination of these.

Depending on state laws, a number of different types of offenses that may be considered misdemeanors.

Crimes Against a Person

These crimes target a person or group of people.

A public safety violation is behavior that could threaten the safety of nearby persons. Types include:

These crimes involve taking, damaging, or entering property that is not yours. Some types include:

Some other property crimes are usually felonies, but may be misdemeanors if nobody was in danger of being hurt. Examples include arson or burglary, if the building is abandoned.

There are many more crimes that also may fall under the distinction of misdemeanor, such as indecent exposure or possession of small quantities of drugs. If you've been charged with a crime, an experienced criminal lawyer can help you understand the charges and whether your case is a misdemeanor. 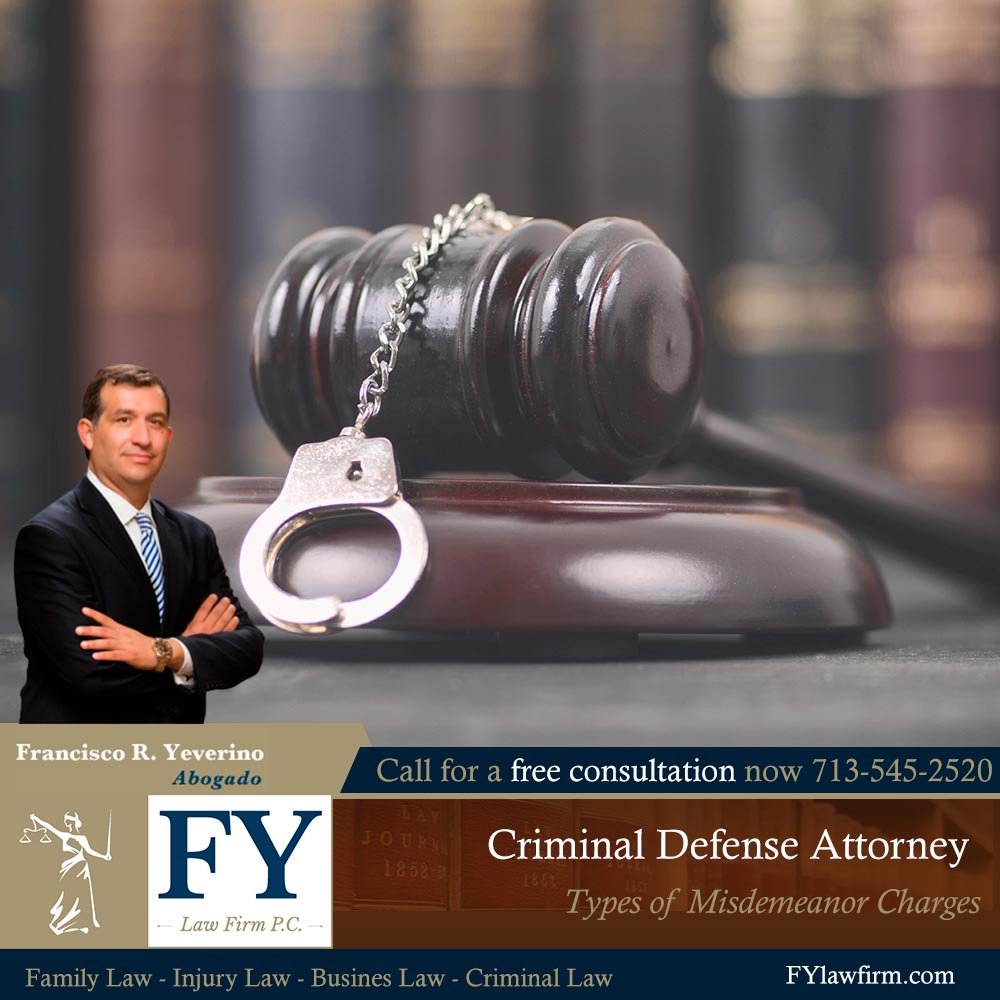