Federal conspiracy is a broad term that’s used to describe many types of illegal conduct involving a conspiracy. With a federal conspiracy charge, the United States Attorney’s office can indict a larger group of people surrounding the crime.

Often, a federal conspiracy charge can significantly increase a fine or the length of sentencing upon conviction, or possibly both.

It’s important to understand the different types of federal conspiracy charges and how they can impact sentencing.

Before outlining some of the different types of federal conspiracy charges, let’s first begin by detailing what constitutes a conspiracy under the laws of the United States.

If, however, the offense, the commission of which is the object of the conspiracy, is a misdemeanor only, the punishment for such conspiracy shall not exceed the maximum punishment provided for such misdemeanor.” ¹

There are a couple of important things to point out in this statute. The first is that one cannot act alone in a conspiracy, it must involve at least two or more people.

Secondly, there must also be an agreement between the parties involved to commit a federal crime, and at least one of the parties must make an overt act to further the conspiracy.

Furthermore, for a federal conspiracy charge to stand up in court, the agreement to conspire must be made between at least two people that are not federal agents, law enforcement officer or confidential informants.

Since it’s possible for two or more people to conspire to commit just about any federal crime, conspiracy charges can be added to a variety of cases. Conspiracy to commit drug trafficking, fraud and other white-collar crimes are the most common charges.

The statute outlines other charges that include:

The federal conspiracy sentencing guidelines help determine the minimum and maximum sentencing when a conspiracy charge is involved. Sentencing depends on the type and severity of the crime involved.

For example, Section 371 felony conspiracy convictions are punishable by not more than five years and a fine not to exceed $250,000, except for organizations for which the fine can be no more than $500,000. However, conspirators convicted of drug trafficking, racketeering, terrorism and many other white-collar crimes face the same sentencing as those who committed the underlying offense. ²

Conspiracy charges can also form the basis for a forfeiture order or restitution.

In some cases, defense against a conspiracy charge can be a difficult task. While it’s the federal prosecutor’s responsibility to prove conspiracy, they do not need to provide any written proof of the conspiracy.

Often, defendants can be brought in on a conspiracy charge even if they didn’t commit the crime themselves, but in some way increased the ability for others to do so. The prosecutor can prove their case by presenting any evidence to prove that at least two people worked together in some way, or that the agreement was implicit.

The best defense for a federal conspiracy charge is to simply show that the defendant did not willingly or knowingly engage in the acts.

A withdrawal defense can be used if the defendant told other people in the conspiracy that they did not want to take part in the crime, or if they went to law enforcement to inform them of the conspiracy, or if they committed other acts that proved to be inconsistent with furthering the conspiracy as the plan was set forth among other members.

Depending on the case, there are several other possible defenses against federal conspiracy charges that a defendant can discuss in more detail with their attorney. 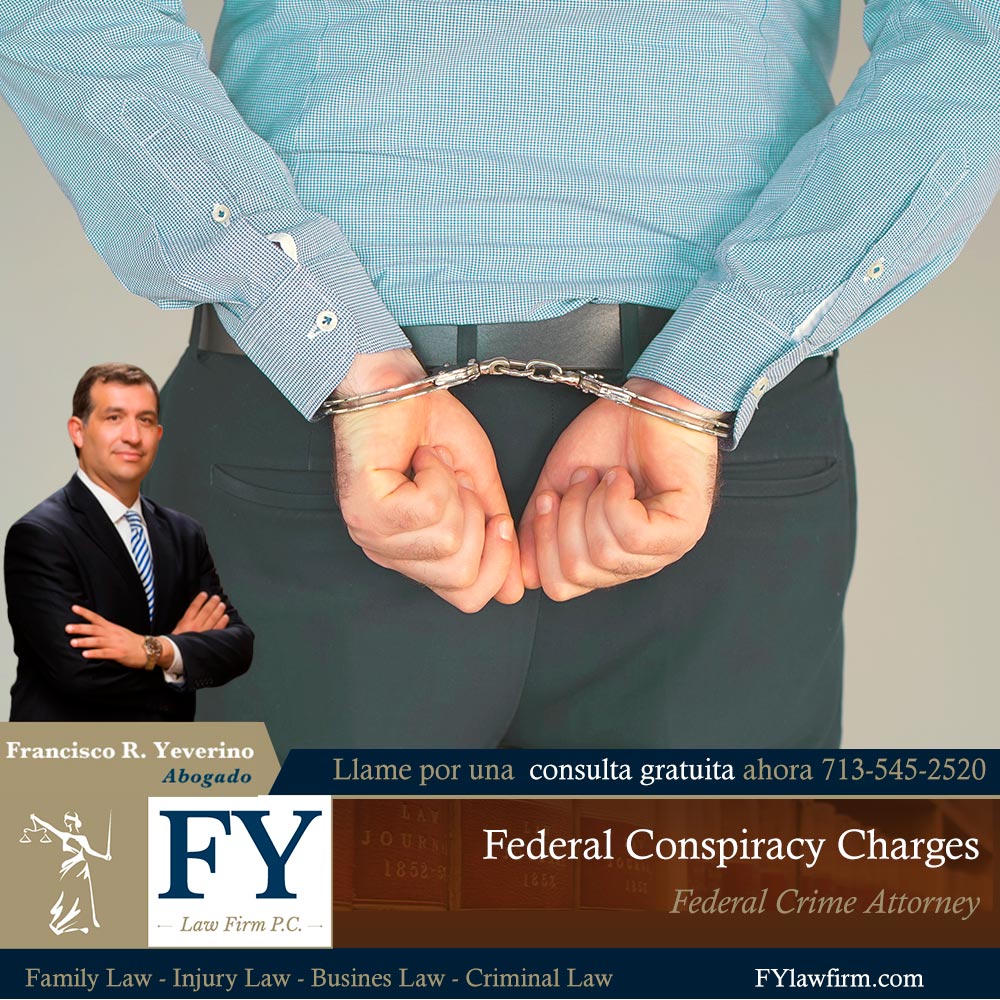